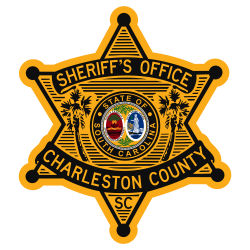 The Sheriff Al Cannon Detention Center was originally built 1966. There have been three expansions. The first expansion was a four story addition completed in 1994, raising the inmate capacity to 661. The second expansion, was adding the two modular units in 2007 raising the inmate capacity to 789. The third expansion completed in May, 2010 increased the inmate population to 1917.  The facility is located at 3841 Leeds Ave, North Charleston, South Carolina. Supervision of inmates is performed through linear and direct supervision.

The Sheriff Al Cannon Detention Center is actively hiring.   As a Detention Deputy, you will join an outstanding team responsible for providing care, custody and control of inmates. This important position will not only enhance your communication, teamwork and interpersonal skills, but will also give you the opportunity to make a difference in the lives of detainees. As a Detention Deputy, you will have the opportunity to work on a variety of specialized teams to include: Housing (BMU/SMU, Special Operations Group (SOG); Processing (Intake; Identification; Classification; Bond Hearing and Transportation); Programs/Courts ( Training, Court Detention and Juvenile) and Security and Administrative Services (Central Control, Security Threat Group (STG), Lobby, Environmental, and Medical).

Detention Deputies receive an excellent starting salary of $29,348 – $42,784 (based on related experience, military service and education). After completion of the South Carolina Criminal Justice Academy, officers receive a three (3%) percent salary increase.  Detention Deputies are vested in the S.C. Police Retirement System after only eight (8) years of service.  Other benefits include health, dental and life insurance as well as ten (10) observed county holidays and seven (7) vacation days a year.  All uniforms are provided.