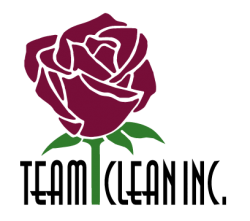 Founded in 1983, Team Clean, Inc. is a commercial, janitorial services company in Philadelphia. Due mainly to the service focus and vision of its founder/president/CEO—Donna L. Allie, PhD.—the company enjoyed huge growth during its first two decades.By 1999, it was the fourth-largest, woman-owned business in Philadelphia, and the Wharton Small Business Development Center identified it as one of the fastest-growing, small businesses in that metropolitan area.

Donna obtained her BA in Sociology but was unable to fulfil the dream of working in her chosen field. As a single mother who needed to provide for her child and herself, Donna discovered the potential of cleaning houses on Philadelphia’s Main Line by answering newspaper advertisements for that service. She then developed the business by hiring and training women and sending them in pairs to clean houses. With a strong emphasis on quality and reliability, Team Clean’s reputation grew and, in 1985, the company signed its first contract for commercial cleaning.

As an inspiring and engaging leader, the social mission of the company is front and center in Donna’s vision. Upon meeting her, one gets the impression that she will never forget how difficult her early days were, and she wants to do everything she can to help others overcome obstacles and realize their dreams.

Email me jobs from Team Clean